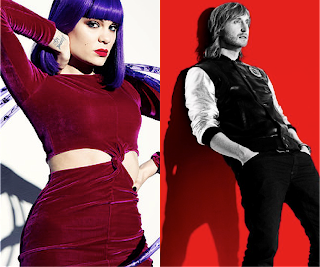 The video is as stunning and imposing as the track. As Jessie dons a Pixie Lott-and-Katy Perry look with her long black hair.
Her heart shaped tattoo behind her ear is also revealed in a scene. Although Guetta did not appear in the video, a club scene was also filmed with the luscious and sexy Jessie dancing in it.
Watch her best video:
Posted by singlecoversFM at 4:33 AM

Which track from Nicki Minaj's "Pink Friday: Roman Reloaded" is your favourite?

ARTIST OF THE WEEK